So, the post I have been waiting for all week!  I am super excited to share with you my first ever guest blogger and writing partner in crime Dreamland’s Insurgents.  This is the first in many collaborations between us I do so hope!  But more on that later.  Here is my interview question that I asked him and his beautifully worded response. 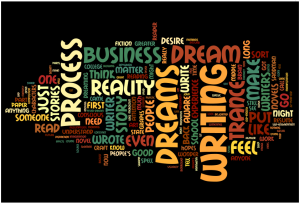 “How Do You View Writing” and share a “glimpse” of your writing process.”

Although I’ve been writing since I was a wee lad, composing fantasy novels on the bus in middle school, it wasn’t until college that I became aware of the process. started thinking about composition, themes, characters, you know, the elements. I wasn’t aware of what I was doing or where it came from, or the effects it had on the writer. It’s not even that I was writing for myself, though, I definitely was writing with the hopes that it would be read. But it was really immature, or rather unripe, like the first few harvests of grapes. You don’t make wine with grapes from young vines. You can’t just crush them up and put them in a bottle, either. You have to have experience, you have to have a process.

Thank you so very much Dreamland’s Insurgents for taking the time to share a bit of your views on writing and your process!
Well everyone, what about you?  What do you think of his ideas?  How are yours the same?  Or different?

and other tidbits of thought

Keeping Up To Date: